Eschscholzia californica is the California state flower and deservedly so. As John Steinbeck wrote in East of Eden, “California poppies … are of a burning color—not orange, not gold, but if pure gold were liquid and could raise a cream, that golden cream might be like the color of poppies.” (Calscape)

California Poppy is hardy, fast-growing, drought-tolerant, self-seeding, and easy to grow in sunny gardens and open meadows. It requires little care. Its self-seeding ability often leads to it sprouting up in unexpected places and places not always on the more sunlit side.

California Poppies do not like their roots disturbed, so it does not always thrive when transplanted or planted from a pot. Broadcasted seeds are so successful it is worth attempting first.

Its bloom time from February to September makes its pollen available to the pollinators who are the food source for early and later hatching fledglings.

When blooming has ended, it develops a long, slender seedpod which, when sufficiently dry, will burst open, broadcasting its seeds beyond the original plant. The California Poppy produces such an abundance of seeds that it will provide a food source for the birds attracted to your garden and more poppies in the garden and beyond the following year.

After the seed pods have finished bursting and distributing their seed, the plants can be cut back to 6-8 inches, allowing for a blush of new flowers into the fall. Leave the cuttings on the ground to create mulch for nutrition and retain moisture.

The plant and flower are deer resistant. 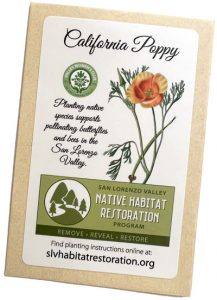 Poppies will bloom best in areas with full sun. In early spring, spread compost over the area to be planted and then broadcast the Poppy seed onto the compost, followed by gently pressing the seed into the soil. You can do this by hand or with a board. You have achieved soil contact and sunlight exposure.

If the seasonal rains have not yet arrived, gently watering helps the seeds sprout and grow until the rains set in. 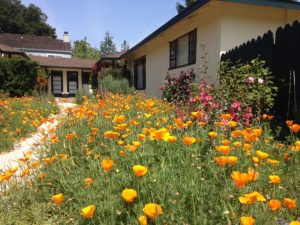 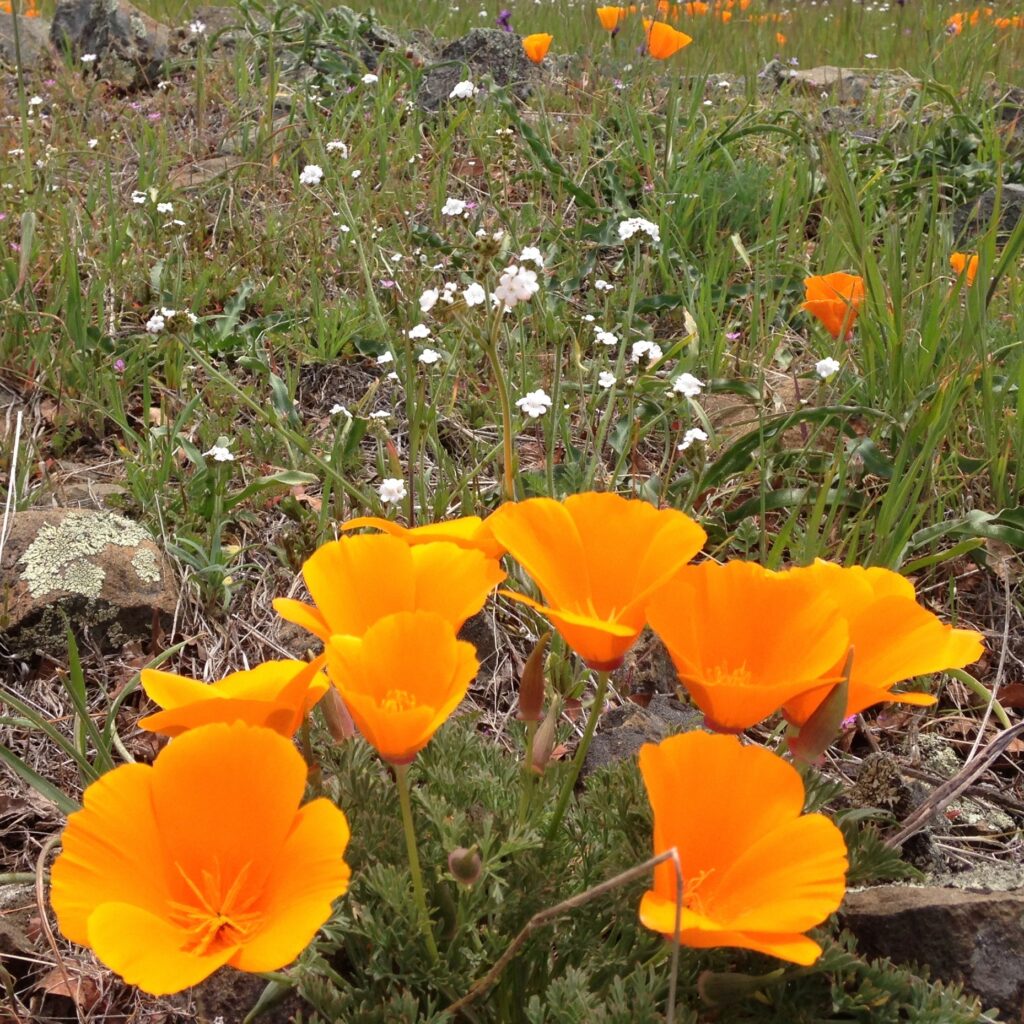