This vine is Aristolochia californica, also known as California Pipevine and California Dutchman’s Pipe. It is the only larval host plant for the Pipevine Swallowtail, thought to be extinct in the SLV until it was rediscovered in a Felton backyard in 2015.

A native perennial climbing vine, it blooms in late winter and early spring, with blooms sometimes lasting into April. It attracts many different kinds of birds, bees, and butterflies.

Pipevine likes to live in at least some light shade, but it can also handle a spot that gets full shade. A place on a back fence with shade would be ideal for this beneficial native vine. Planted under a California coast live oak to which it is a companion plant, it will also spread out as a ground cover. It is deer resistant.

Pipevine is ideal for the wilder end of a butterfly garden, where it may choose where to range as a ground cover. Although it likes streamsides and damp shady areas, it has become relatively drought-tolerant. Given its benefit to pollinators and the Pipevine Swallowtail butterfly, it is worth giving it a space where it can mature. Once established and happy, it goes nuts!

The ideal time to plant from seed is near the end of the summer when the fruits split open. Sow seeds on top of the soil and cover lightly with soil. Seeds will sprout in and around January. And by June, the seedlings are looking good. (Credit-Sal Levinson)

While you can propagate California Pipevine from cuttings almost any time of year, the winter and early spring months are the best due to the vine’s preference for the cooler weather and its natural growth pattern. (Credit-California Pipevine Swallowtail Project Facebook) Prune as necessary in winter when it is dormant. 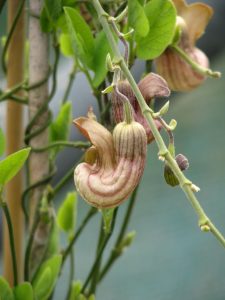 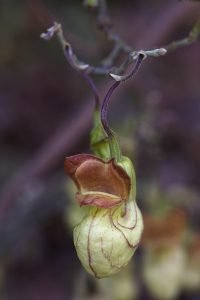 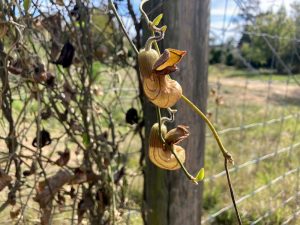