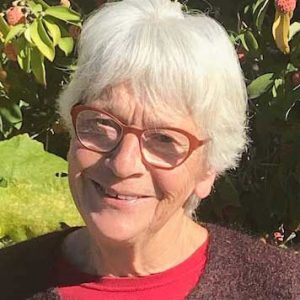 Jane Mio is Co-chair of the VWC's Native Habitat Restoration Committee and the Project Director of the San Lorenzo River Estuary Re-vegetation Project.

Jane has been a Santa Cruz resident for 50 years, and during that time, she has been a committed and active environmentalist and steward focused on the San Lorenzo River. As Fisheries Biologist Don Alley once said about Jane Mio, ”Never underestimate the power of one.“

In conjunction with the NHRP, Jane created the San Lorenzo River Estuary Re-vegetation Project six years ago. She has brought together County, City, non-profits, and private entities to support her endeavors to restore the degraded, critical habitat of the estuary stretch of the San Lorenzo River.

On the 3rd Saturday of each month, you will find Jane and Downtown Street Team members on the Estuary, where she teaches habitat restoration and has led hundreds of volunteers.

She and her committed volunteers have cleared large areas of invasive plants and grasses and planted hundreds of native plants that are helping to restore and heal the land and improve the health of the native fauna. 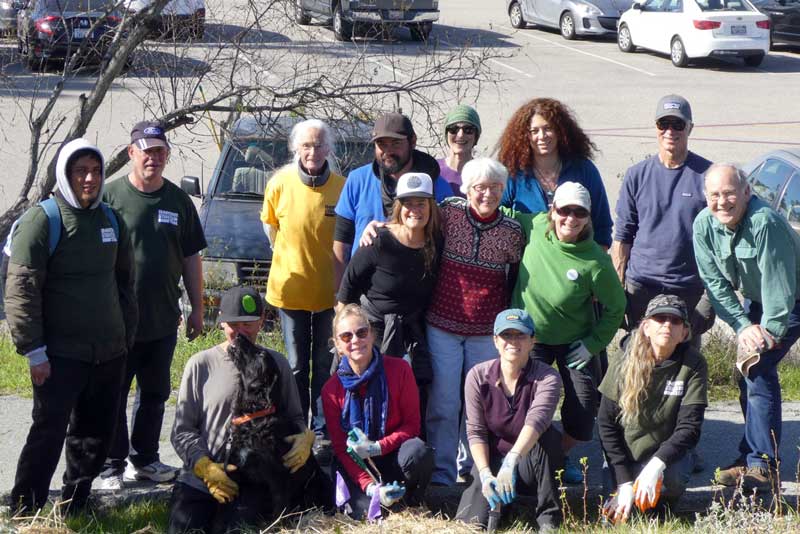 Homeless encampments have had a significant impact along the San Lorenzo River. In 2021, in collaboration with the Downtown Street Team and Santa Cruz City Staff, Jane created the Benchlands Environmental Stewardship Team, also known as “BEST.”

BEST addresses the areas damaged along the river due to encampments.

Each Sunday for two hours, BEST engages members of the housed, un-housed, and encampment communities to work side by side, removing trash and protecting and restoring the damaged habitat.

And it does not end there for Jane Mio.

A Service Award of Excellence as a Champion for the Community

The City Council announced that the California Parks and Recreation Society chose to award its Service Award of Excellence as a Champion for the Community to Jane for her work with BEST at San Lorenzo Park and the restoration of the Estuary of the San Lorenzo River.

Never underestimate the power of one. Especially Jane, one who leads, inspires and helps others to succeed. Together, they all have become so much more.

Individually, we are one drop. Together, we are an ocean.

The San Lorenzo Valley Native Habitat Restoration Program integrates environmental and community needs to restore the riparian habitat and ensure the ongoing health and beauty of the watershed.